I travel every week. It is one of those negatives that comes along with living in a beautiful state like Arizona where sometimes it seems as if the only business that goes on is centered around golf, hiking, or getting a nice tan.

And I am not alone in this travail. Many, many folks who live here do exactly the same thing. Some commute to Los Angeles, San Francisco, Seattle, and I even know a guy who is currently commuting to Philadelphia-good luck with that.

It means a lot of frequent flier miles and tons of hotel points and perks.

As a result, I am staying in hotels one hundred nights or more ever year- a very sad statistic. Like most business travelers, I am also not gifted in being able to stay at 5 star locales but usually opt for a nice decent place that throws in a scrambled egg or oatmeal in the morning.

I recently had a stay in a major metropolitan area however that gave me the fodder for this blog.

I will admit that I am somewhat of a “germifobe” and often spend my time on the hotel room toilet not reading the newspaper but pealing back the wallpaper and doing a limited mold inspection or taking off the bedspread and inspecting the bed frame for bedbugs or wondering if that spray acoustical ceiling above my head is asbestos or if the peeling paint on the window contains lead or if the previous occupant had tuberculosis and used the remote control.

This is just what folks like me who deal with these issues every day do.

During my most recent stay, I was forced to turn on the heat in my room because of the sub-zero conditions outside. Using the HVAC system in any fashion is another typical “no-no” for me as I am well aware of the proclivity for maintenance neglect of the HVAC systems and how ducts are typically loaded with all types of environmental and pathogenic goodies.

Nonetheless I succumbed and the heat was on as was the running of my nose which started about an hour after the heat came on and finally subsided when I landed back in Phoenix several days later.

You can imagine that I was an instant hit at business meetings as I constantly had to explain that I wasn’t suffering from the swine flu but rather from an indoor air quality problem in my hotel which triggered some type of allergic response. 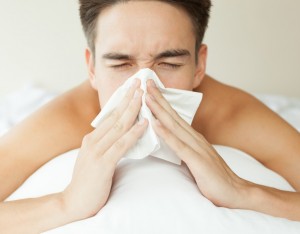 After 2 or 3 days, my symptoms had become so bad that I avoided returning to the hotel at all cost ineedbride.com and actually found a way to open the “non-opening” forever shut for your convenience window in my room.

Indoor air quality issues can be real and very annoying. For me, I am generally impacted several times each year from both high end, as well as budget hotels. It is also difficult to get anyone to do anything during your stay other than to move you to another similarly impacted room especially if there is a central air handling unit.

The strange thing about air quality issues however is that often different people are affected differently… or not at all. In nearly all circumstances however, the condition improves the longer you have been removed from the source of the problem.

In addition, it generally takes a few hours (usually just as you are going to sleep or waking up following check-in) to get sensitized to the air quality at issue. And unlike mold, asbestos, or lead, indoor air quality problems are not typically visible so due diligence prior to occupancy is not a possibility.

So what is my advice? If you find yourself in a similar situation some general rules to follow that may help are as follows:

· Contact the hotel manager and advise them of the situation. While it is unlikely anything can be done during your stay, at least they will be aware of it for future users and will hopefully take steps to alleviate the issue

· If possible, try to ventilate the space with outdoor air

· If possible, leave the HVAC system (including just the fan) in the off position- in hotels, your rooms will usually receive enough cooling/heating from adjacent rooms and the hallway to be sufficient

· Bring plenty of tissues with you… as you will need them.

Ah, the joys of business travel! Try these tips to grapple with environmental air quality and you too can survive hospitality hell! 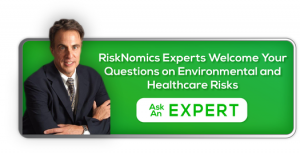